There was some big talk from “Little Marco Rubio.” We thought there might even be a shred of a chance that he was going to pull it out, be a man, and finally assert some dominance after being belittled and humiliated by Trump during the primaries. Rumor had it that he was going to defy Trump over the cabinet appointment of Rex Tiller for Secretary of State. But of course, Little Marco couldn’t even be defiant right, and gets to keep his name.

To honor his cowardice and ability to fold under pressure, we’re releasing our drink called The Little Marco. Drink it tonight while imaging a world where Republicans were able to stand up for themselves or anyone else. 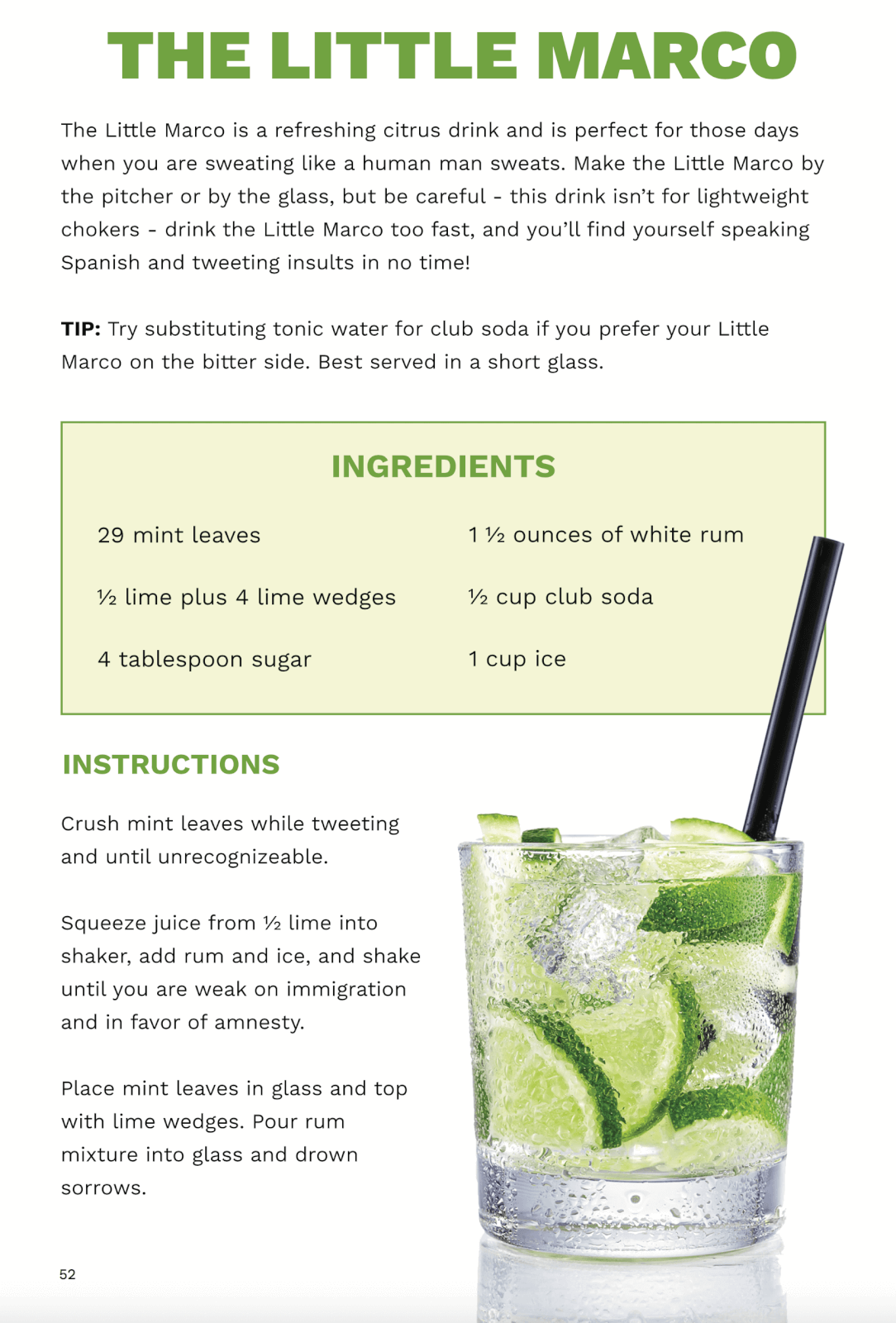