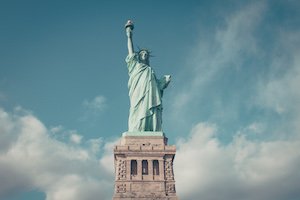 Is a cocktail book for surviving the Trump presidency really a good idea for myself or as a gift for others? Is humor really the correct reaction to the horrors that are likely to come? Isn’t it a bad idea to suggest alcohol as a coping mechanism?

These are legitimate questions that have arisen in response to this book. First of all, alcoholism is a very real. If you suffer from that disease, of course drinking is not an appropriate response. In addition, another very real problem is that of people self-medicating with alcohol to treat depression or other illness. Once again, you should not do that either.

With those caveats, alcohol and humor are appropriate to the situation in which we find ourselves. Humor in response to tragedy is a very human response. The fact that gallows humor is a thing tells us that jokes help us navigate the darkest of times. Laughter also often helps a message penetrate more effectively than an earnest, straightforward approach. The jester has always been better able to speak truth to power.

Alcohol, too, has a deep history in human society. It lowers individual inhibitions and helps bind groups together. It’s also patriotic.

The story of the Founding Fathers is, in no small part, a story of alcohol. The important meetings often took place in pubs. Samuel Adams was famously a brewer but, so too were George Washington and Thomas Jefferson. John Adams would drink a gill of hard cider before breakfast. James Madison was among the more temperate of the Founders, drinking a pint of whiskey a day. Washington’s estate was one of the largest whiskey producers of the time, and General Washington himself would often drink a bottle of Madeira a night. A story was told of Ethan Allen that Allen had had so much to drink one day that a snake bite made the snake drunk.

So, unless the use of alcohol is contraindicated for your particular situation, we heartily recommend that you gather a group of like-minded folks (preferably with a copy of Cocktails for Survival) and have a few laughs at the expense of the President-elect. While you’re at it, raise a glass to the Founding Fathers who would, in the present situation, certainly be raising a few of their own while hatching plans to resist this would-be king (czar?) who will be occupying the White House for a time.