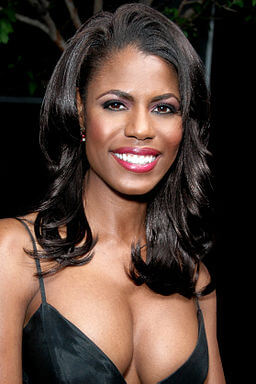 When we heard that Trump had given Omarosa Manigault, famous first-season Apprentice contestant, a position called “official public engagement czar,” we knew we needed to write a drink in her honor. When she said that “every critic, every detractor, will have to bow down to President Trump,” we knew that it needed to be a double.

Fun facts: Omarosa was engaged to Michael Clarke Duncan, prior to his death. She is an ordained minister and assistant pastor, as well as a political consultant and a Ph.D in Communications. Omarosa gives off many mixed signals, having worked for Al Gore during the Clinton era, prior to becoming one of Trump’s most trusted henchpeople. Like Jagermeister, and all those who drink it, Omarosa is not here to make friends.

The Omarosa (the drink)

Pour a double shot of Jagermeister liquorice flavored liqueur into a large shot glass and drink up. If she gets fired before the four years is up, make a batch of The You’re Fired (page 30 of Cocktails for Survival).

Posted in Shock and tagged Omarosa