Trump’s Presidency is going to be such a series of disasters and losses that future generations are going to be baffled by the use of the word “trump” in card games. So too has Michael Flynn’s rapid exit from the Trump administration (not to mention his 2014 firing from the Obama administration) turned the phrase “In Like Flynn” into an oxymoron.

To help avoid confusion with Errol’s “In Like Flynn” legacy we suggest trying a drink we’re calling The Out Like (Michael) Flynn. This will be an ideal drink for celebrating what is hopefully the unceremonious departure of what will be many Russian conspirators. 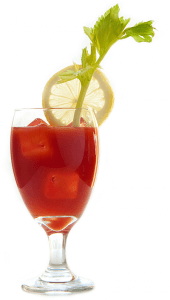 Directions: In a glass filled with ice, add all ingredients and stir. Add lemon wheel and celery stick. For dramatic effect, wield the celery stick like a cutlass, then place it between your teeth while swinging down from the rigging of a ship before placing it in your glass.