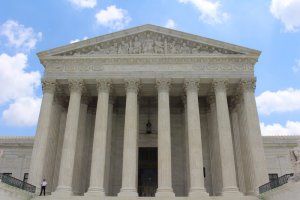 Mitch McConnell’s abrupt change of position on blocking Supreme Court nominations will leave you so disoriented, you’ll feel like you’ve been drinking. Not twenty-four hours after the expiration of Merrick Garland’s nomination, Senator McConnell, who blocked Garland for 293 days, has declared that the American People (™) simply will not tolerate Democratic obstruction of President Trump’s Supreme Court nomination. McConnell was not, apparently, telling a joke. He’s the gift that keeps on giving. Not only are we not surprised by this abrupt and shameless reversal, we have a drink for it. When serving our “Supreme Court” cocktail, we recommend that you “do a shot every time the Senators who blocked Merrick Garland sanctimoniously declare that a president’s nominee deserves an ‘up or down vote.’” Cocktails for Survival at p. 73.

McConnell has not (yet) used the phrase ‘up or down vote,’” but it’s probably just a matter of time. Might as well go ahead and do a shot now. McConnell blocked the nomination of a President who won the popular vote for almost a year. Now, he is claiming that the nominee of a man who came in behind the front runner by almost than 3 million votes is going to inspire the “American People” to object.

McConnell has shown the Democrats the way. Block a Supreme Court nominee, and the American People will reward you for it.