Forget about the fact that there’s been a treaty (the catchily named Outer Space Treaty) in place since 1967 (era of boring names) that mandates that space “shall be used exclusively for peaceful purposes,” When a president needs something punchy and Kennedy-esque to rally his rabid screaming base behind, he has two choices: war and space. And why not combine the two for maximal base-frenzy-whipping? We’ve already given the UN the finger, what’s there to lose?

Trump was probably flipping through the channels one night looking for Faux News when his finger got tired, and he landed on an old episode of Star Trek. Imagining himself to be as good with the ladies as Captain Kirk, Trump thought, “I’ve groped all the humans I can grope – what I really need is to be able to grab aliens by their genitals!”

What better way to show those sexy aliens who’s boss than by creating a Space Force to go shoot at them? Pew pew! I mean, the guy doesn’t have any compassion for other humans, why would we expect him to have any empathy for aliens? Just like 99.9% of the population of this planet, whatever lifeforms lurk out there are Trump’s to fondle and exploit (not necessarily in that order – only if they’re hot).

Look, one of the comedians behind Drunk Publius is married to a literal rocket scientist, and even that person thinks this is a colossally terrible idea. Great ideas include funding NASA, following international laws and international treaties, and not watching sci fi when you’re on Ambien.

In zero G, mix 3/4 oz green creme de menthe, 3/4 oz white creme de cacao, and 3/4 oz light cream in a cocktail shaker. Shake until chilled and strain into a cocktail glass. Keep drinking until a sixth space-based branch of the US military sounds like a good idea. 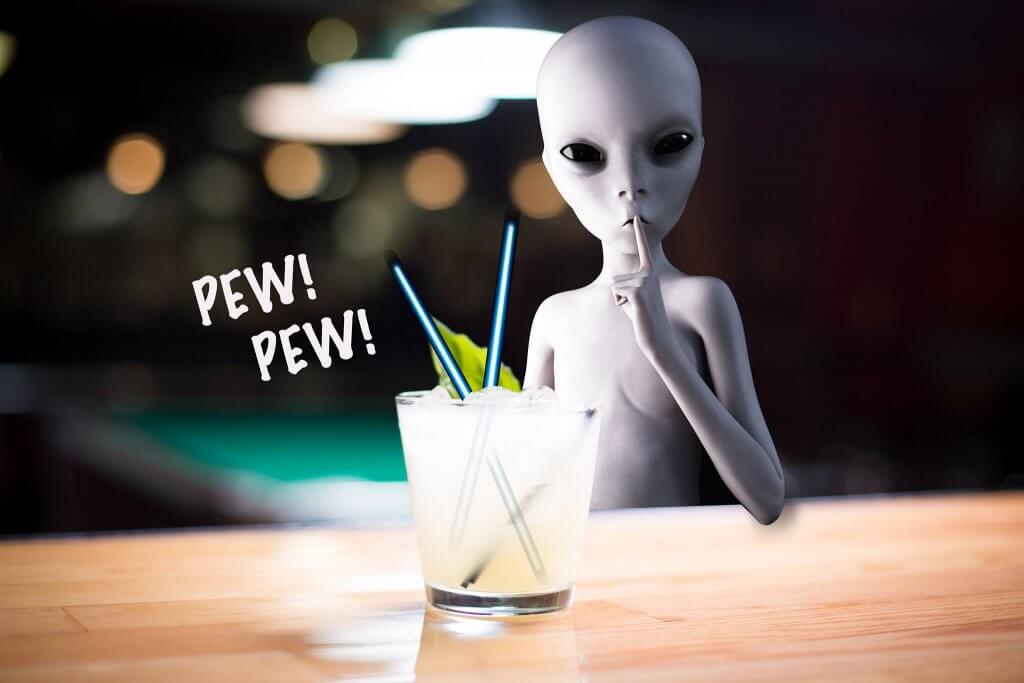