The first question many of us asked ourselves after the 2016 election was how will we survive a Trump presidency? The morning after was like waking up from a nightmare to realize the nightmare was just beginning. The first few days, eating and drinking at all was a chore.

But a few days after the election, I was invited to commiserate with some friends over wine. And for the first time since election night, I felt a tiny bit less despondent.

A few days later, I had drinks again with more friends. And that’s when the idea for this book was born. Not only is Cocktails for Survival hysterical, but it’s therapeutic for those of us who were devastated by the election results. I knew after that night how I would survive a Trump presidency: with good friends and a few strong drinks. (And maybe some activism on the side, but that’s another blog post.)

By the time we were done brainstorming, we had over 150 drink ideas! We were cracking ourselves up as we shouted out drink ideas. I had to run into the house for paper and pen and filled several pages. 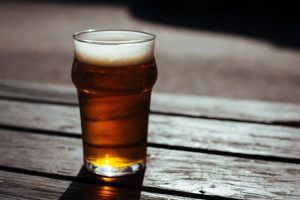 Some favorite drinks featured in the book include:

We had to cut our list down from over 150 to 52 (we only have so many hours to get this done) but we’re pretty sure 2017 will bring us enough material for volume 2. (Although if we need to include The Impeachment in volume 2 as well, that might be okay.)

All the drinks are themed and the write-ups are hysterical. Turns out, I have pretty funny friends.

No, we are not encouraging alcoholism. This is satire, folks.