In 1775 the Continental Army, formed by the Second Continental Congress after the start of the Revolutionary War, was created to coordinate a military force among all thirteen colonies to revolt against Great Britain’s rule. One of the first missions, of course, was securing the British controlled airports. You may remember from your history books the deadly Battle of LaGuardia. Brave General Washington lead the battle against British Airways that lasted ten days and ten nights. Hundreds of men lost their lives in direct battle with the brutal TSA agents, who were fortified with gallons of Covfefe and fighting on behalf of King George. Another twelve were killed in a tragic accident involving a booby trapped baggage claim carousel. The Battle of LaGuardia was one of the most gruesome and bloody battles of the Revolutionary War.

When the battle was won and General Washington had control of all the colonial airports, in an attempt to subvert additional threats, all airports were burned to the ground, leaving nothing but charred cinders and a few sets of captain’s wings buried deep beneath the debris. In fact, the knowledge of flight was lost not long after and only rediscovered in the early 1900s when the Wright Brothers unearthed a set of long lost B52 bomber blueprints in the basement of their home, which unbeknownst to them had been the original site of Norfolk International Airport. The original ORF was destroyed by a highly trained battalion of soldiers lead by none other than Aaron Burr.

In honor of this momentous event in our esteemed United States history, we bring you this new drink, which you may or may not drink while ramming the ramparts.

The Battle of LaGuardia

Add all ingredients to a cocktail shaker with ice, shake well, and strain into a hurricane glass filled with ice. This drink is widely available in the first class lounges at most major airports, but don’t try to order it at LGA or risk being ejected from the airport and missing your flight. 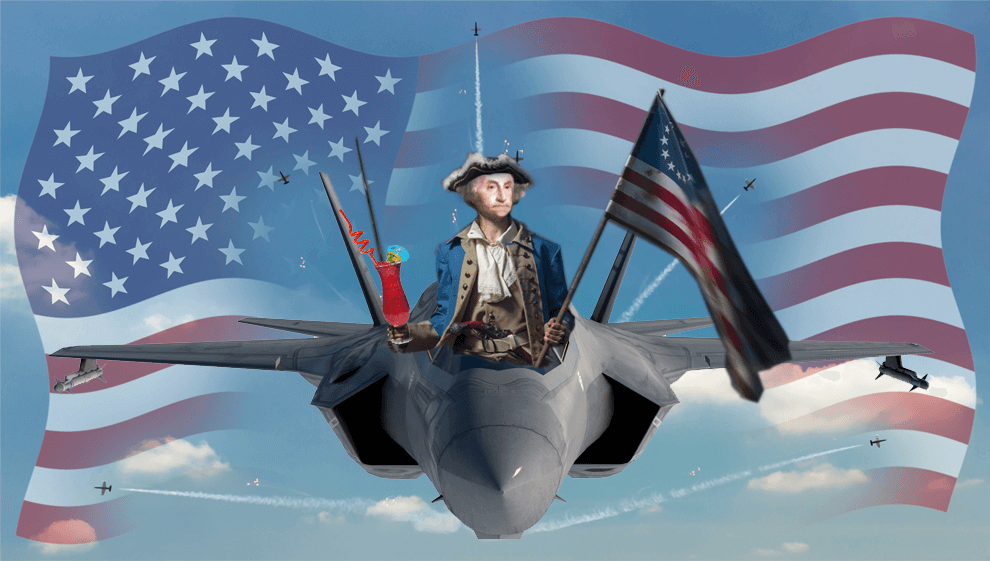