The Caged Baby is the drink for those nights when you wonder, “am I the bad guy?” And you definitely, definitely are. When you were grabbing some pussy, you told yourself, “actually, deep down, chicks dig it.” When you were hating on some black people, you told yourself, “I was just talking about the ‘bad’ ones.” When you were making fun of gay people, you weren’t quite sure whether they were being too sensitive or if they were infringing on your religious freedom. When you were hating on brown people, you told yourself that it’s only ‘illegal’ immigrants that you’re against even though you don’t know the first thing about immigration law; and your devotion to law and order gets a little less zealous when other skin colors are involved. And, besides, you are protecting our borders against foreign invasion! When you think about Native Americans . . . well, you try not to think too much about them because they mess up your narratives about inalienable property rights and defending the homeland and whatnot. But, when your side starts telling parents they’re taking the kids to get a shower and, instead, takes them away from mom and dad and puts the kids in cages, the self-righteous stories you tell yourself for ego-protection start to wear a little thin.

Ultimately, when you start pouring the Caged Baby, your only defense is probably that you aren’t the guy drinking the Murdered Puppy (almost certainly coming soon).

Directions:
Combine tequila, lime juice, and simple syrup into a shaker full of ice. Strain into a champagne flute and combine with champagne. 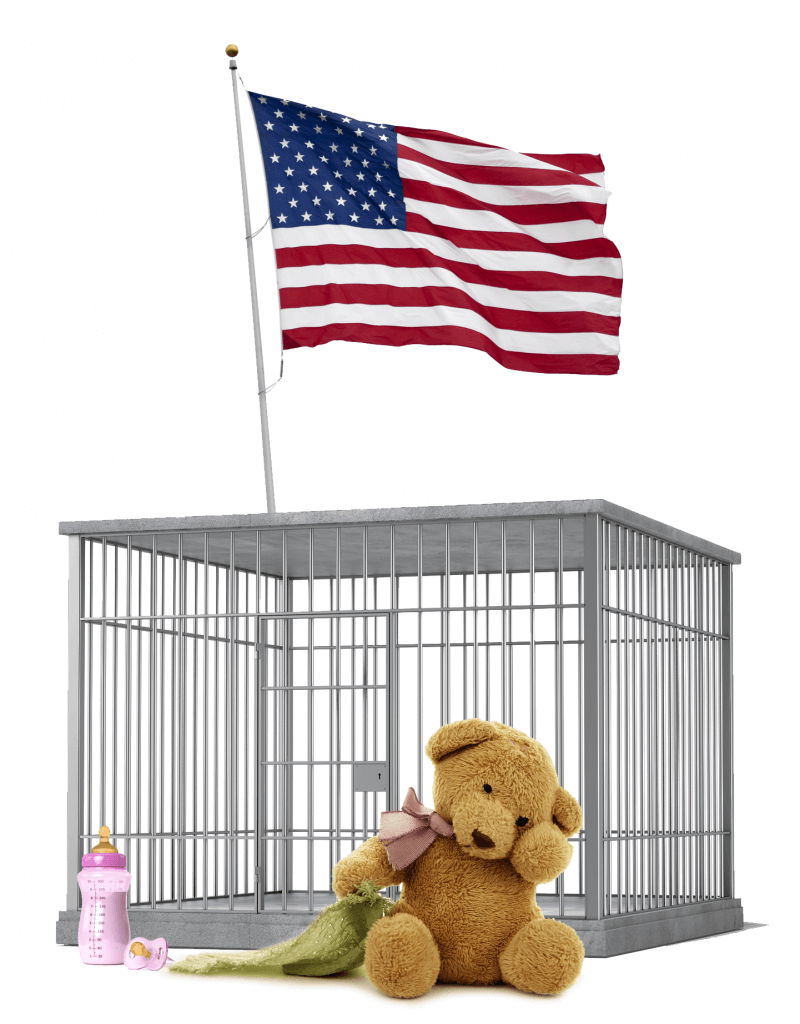