It’s Congressional Recess and very few legislators have planned Town Hall meetings in their respective home towns and the ones that have are being met with many angry constituents.

The so-called angry crowds in home districts of some Republicans are actually, in numerous cases, planned out by liberal activists. Sad!

Oh Donald. If only we were faking our anger. Our anger is only as fake as the mainstream news. The legislators from Drunk Publius’ own district are refusing to show to events, so we thought maybe they needed a little liquid courage to help them face the music. That’s why we consider it our civic duty to create this drink in their honor. 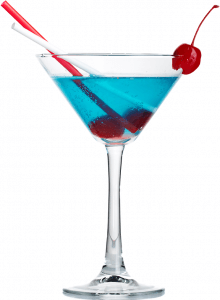 Directions:In a shaker filled with ice, add all ingredients and shake well. Strain into martini glass. If you’re an angry constituent, drink one before your town hall meeting. If you’re a Cowardly Republican, we recommend two or three. You’ll need it.