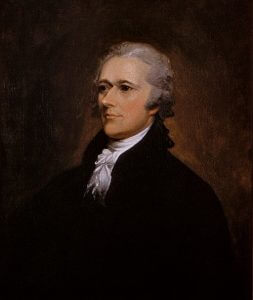 Created by men wary of democratic impulses, the Electoral College is a vestigial organ of the body politic. When all is going well, you don’t notice it. But, like an appendix or gall bladder, it can become infected and, if not removed in time, cause pain or even burst and poison the body. In the past, the Electoral College has defied the popular vote to give us the greatest Presidents: Benjamin Harrison, Rutherford B. Hayes, and  George W. Bush.

If left to their own devices in 2016, the American People — those dummies — would have chosen Hillary Clinton with her “book knowledge,” her “competent track record of public service,” and her “not causing diplomatic disasters with her Twitter account.”

Unlike the appendix or gall bladder, however, we know what the original function was supposed to be. Alexander Hamilton told us in the Federalist #68.

It was a guarantee, wrote the more sober Publius, that the President would be qualified. If the People were allowed to choose directly, they may choose someone unqualified with “talents for low intrigue, and the little arts of popularity.” Without the Electoral College, our elections might be influenced by “the desire in foreign powers to gain an improper ascendant in our councils.”

Without an Electoral College, we might have foreign powers messing with our elections and we’d wind up with someone unqualified with skill in the little arts of popularity. Glad we dodged that bullet. Time to celebrate with a Faithless Elector or two and maybe a Hamilton chaser.