What says, “we respect the Founding Fathers’ vision for a Republic governed by civilians?” What says, “No more kings?” What says, “we have learned the warning lessons history has to offer about militarized societies?” Is it a military parade? No? Well, if you have a small penis and delusions of grandeur, fuck it. Tanks and large missiles make you look cool. If Russians and third world dictators are wrong, who wants to be right?

In fact, why stop at tanks and missiles? This show of don’t-fuck-with-‘Murica force needs eagles, and giant flags, and booth babes, and weak shitty beer, and apple pie, and Ted Nugent, and tiki torches, and everything that MAGAs.

Then when the libtards start whining about history, democratic norms, world peace, and the unrelenting horror of people being ground into sausage by the machinery of war, you can pretend to miss the point and loudly declare that they are disrespecting the military. That’s win-win! Everything is coming up Milhouse! Trump! Time to celebrate with a Military Parade!

Mix all on the streets of DC. Be sure not to pay attention to ANYTHING else while making a Military Parade. 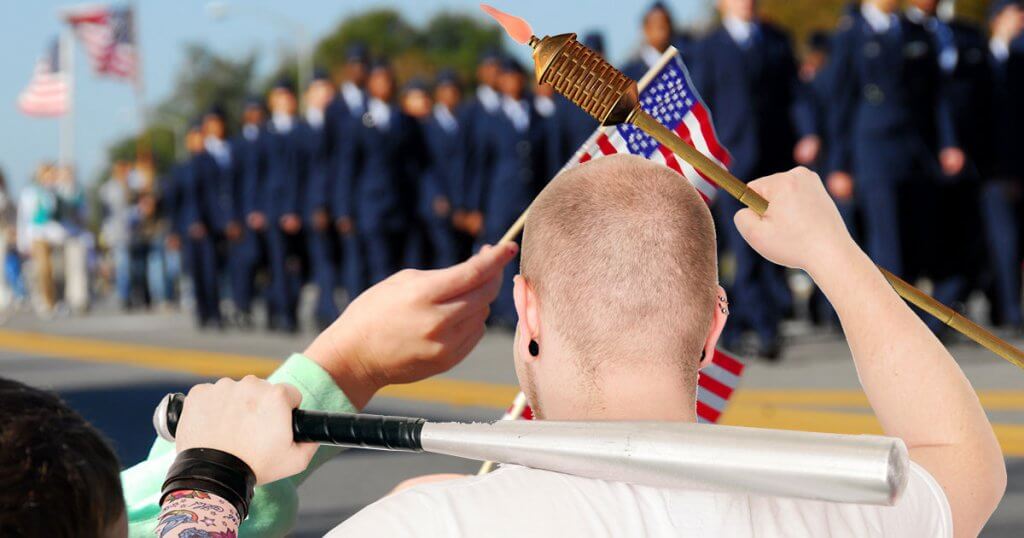