SEE YOU IN COURT, THE SECURITY OF OUR NATION IS AT STAKE!

Here’s a drink to drink when you are sad that the country’s president doesn’t understand how the judicial branch (or any of the branches, actually) of government works. 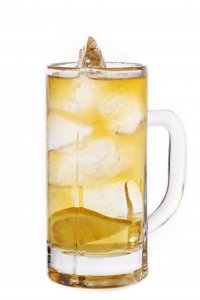 The See You in Court

Instructions: Fill a glass mug with ice, then sprinkle with a pinch of salt. Add scotch, ginger beer, lemon juice and stir. Fill rest of the mug with club soda. Enjoy while watching old episodes of Night Court, which is where Donald Trump’s entire knowledge of how courtrooms work was learned.