So, the Republicans control the federal government, lock, stock, and barrel. (They really like guns.) But, they’re the kind of guys who could manage to fuck up a wet dream, couldn’t hit water if they fell out of a boat, and couldn’t pour piss out of a boot if the instructions were written on the heel. So, they can’t manage to pass the legislation necessary to keep running the damn thing.

Instead of figuring out the machinery of government, they’ve opted to go the cartoon super villain route. Rather than getting their own caucus in line behind something, the Republicans have decided they’ll tell Democrats they have to choose between the lives of sick kids with the CHIP program and the lives of kids who have grown up in America but have foreign-born parents with the DACA program. It’s like that scene in the Dark Knight Returns where Batman has to choose between saving Rachel Dawes and saving Harvey Dent. Even if the Democrats decided to play along, you know it would end up the same with the Republicans pulling a switcheroo and blowing them both up anyway.

But, instead of the charismatic nihilism of Heath Ledger’s Joker, America gets the bland venality of Mitch McConnell’s turtle man. We need a stiffer than usual drink for this one. We recommend the Shutdown. 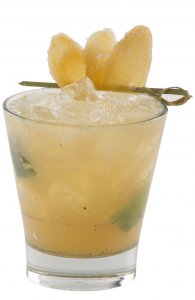 Directions: Mix ingredients in a pitcher with ice. Add lemon slices. Get rid of your car keys, and enjoy the Shutdown.