Our President, as we all know, is a quiet man not given to idle talk or self-promotion. His idea of Paradise is working his land by day and reading the classics by night. As a Christian, he takes seriously the Lord’s admonition about turning the other cheek and loving his neighbor as he loves himself.

But, do not mistake his retiring, good-natured demeanor with a lack of passion or grit. Still waters run deep. And his dark fury when roused to anger is legendary. Rivers run red with the blood of his enemies, the landscape piled high with the skulls of men he has killed with his bare hands. Or, would have except for the bone spurs. Vietnam would have gone much differently had we had the quiet, efficiently deadly Private Trump stalking the jungles. The Viet Cong would have learned to fear the night. Stupid osteophytes.

So, when we mourn the dead of Parkland, we mourn also the cruel fate that sent President Trump elsewhere that day. Had he been on campus (and not suffered from a debilitating heel condition), Donald J. Trump would surely have charged into Building 12 of Stoneman Douglas High School – his bare hands more than a match for the killer’s AR-15. Or, maybe like John McClain made real, he would have caught the shooter unaware. “Yippee Ki-Yay Motherfucker!” coming from the President’s little-used mouth would be the last sound he heard before feeling Trump’s powerful (albeit tiny) hands around (part of) his throat.

Alas, destiny wasn’t to be as our president was surely somewhere doing important work and definitely not playing golf. 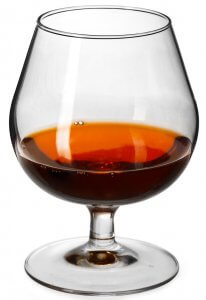 Directions: Pour ingredients into snifter and stir and raise a glass to the teenage heroes who are coming for Republican blood. (Be afraid, Marco. Be very afraid.)

Posted in Bargaining and tagged recipe