Sean Spicer is a raging ball of cognitive dissonance. As it turns out, trading one’s dignity telling lies in service of a short-fingered vulgarian makes a guy cranky. He needs a nap, a snack, and an honest job. But, so long as he’s yelling alternative facts at the White House press corps, what you’ll need is a pitcher of Spicer “Fact.”

This one is in honor of Melissa McCarthy’s spot-on Spicer impersonation for SNL. Game knows game. And Drunk Publius knows that skit was one for the ages. So, raise a glass to Melissa, pour one out for the martyrs of Bowling Green, and try to enjoy a Spicer Fact as Sean tries to piss on your head and tell you that it’s raining. 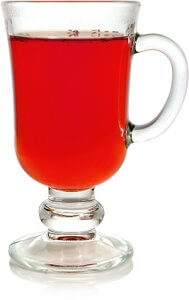 Instructions: In a glass mug, combine all ingredients and heat in microwave for 1-2 minutes. Drink while hot and until you get a warm and fuzzy feeling inside, to replace the pit you feel in your stomach after each White House Press Briefing.